The first Operama Showcase, Operama Unveiled, was held at Ferrum Tower located in Seoul, Korea on March 5th. The Showcase was to promote Operama Arts Administration Research Institute’s education program series, “Kiss with Insane Composers”, which will be a unique education content for corporate employee education programs.
The Showcase touched on one of the current issues of our society, the relationship between the strong and the weak, through stories of two “insane” composers, Beethoven and Mozart. The Showcase had different segments that included performance, lecture, and role-playing by the audience, which the audience enjoyed and was entertaining.
The education series, “Kiss with Insane Composers”, will be continued, as there are 28 more untold stories of other “insane” composers.

Follow our NEWS and see which “insane” composer will be introduced next. 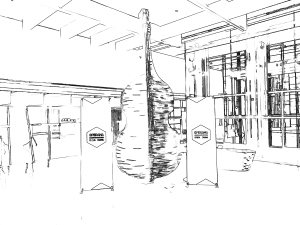 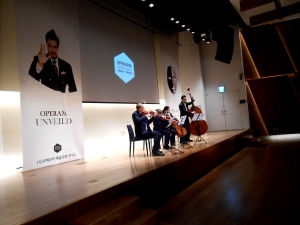 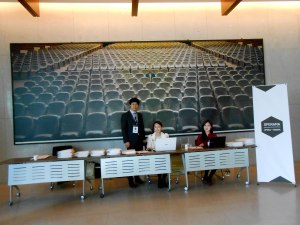 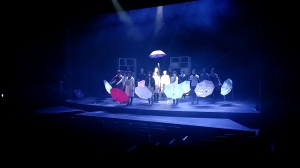 International magazine AsiaN in an article that polished in 24th of December talked about this performance:

South Korea Kyunghee University students majored in non-arts related fields and without any experience in theater or acting went to the stage and let their hearts out to prepare for a performance they have never done in their lives.

It was to let the world know more about Kopino, children born between a Korean father and Filipino mother. Focusing on the suffering of the Kopino children, ’Kopino Operama’ was held last December 22nd in the Digital Art Hall in Sangam-dong, Seoul. In the play, the mother of Marie, the main character, passes away, leaving her on her own to look for her biological father.

The main character, Marie, was played by Park Kyeong-ah and President Jeong, a businessman, was played by jo Yo-hwan. Both are students are communications students from Kyunghee University. Marie’ mother, Lily, was played by Kim Jeong-in, a student majoring in trade. There are approximately 30 thousand Kopinos in the Philippines. It rises as a social issue as the Korean fathers abandon their children and do not take responsibility. Directed by Hwang Tae-jun, a student majoring in composing, he notes that “We want to let Kopino children to know that we share the suffering that they experience” and that “while most of us are non-arts major students, we have practiced for this play and have slept only for 3 hours every day with our goal to relay our message.”

Aian Caringal, a diplomat from the Philippine Embassy said in a message after the play that, “This play is way far better than any Hallyu drama or K-pop performance” and that “the messages of support and understanding of Kopino children in the Philippines will be delivered.”

Humanitas Professor Claudio Jung, leading his students in preparation for this play notes that, “For this performance, the students contacted about countless companies and media outlets but we only got a reply from 2 news companies.” “This performance goes beyond being a theatrical play as the students themselves tried to understand social issues and made their best for the performance, “ says Jung.

After the performance, cast members gave a collection of their messages and a small amount to be delivered to Kopino children through the Philippine Embassy in Korea. [http://kor.theasian.asia/archives/130049]

According to the feedback of one Filipino student in Korea “Eva Marie Wang” student in graduated school in major of Interdisciplinary Studies in Global Education Cooperation, who was between audience in Kopino performance and wrote this note in her Facebook:

I should say, this performance is a testament that students are powerful agents of raising awareness. This Operama is a 3 month journey of 70 students attending an elective class on Operama at Kyounghee University. It is a teamwork to proceed on details, to reflect together and make art relevant.

It is not simply an art class, it is praxis. 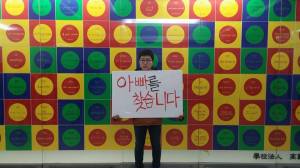 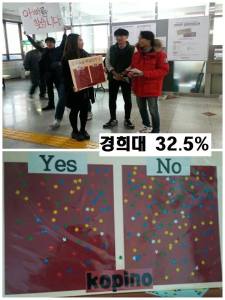 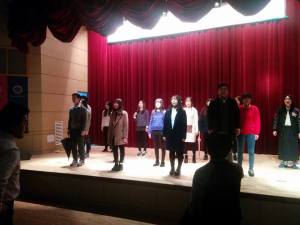 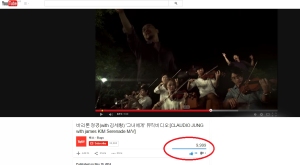 “To My Love” Music Video album by Claudio Jung and James Kim famous Korean Guitarist; published and 20th of November 2014 the album “To My Love” came out.

“To My Love” is a tragic romance story and in the end hope and wish to find lost fiance.
If you lost your love even 10 years ago, when you watch this video definitely you remember him or her.
This music video singer and main actor is “Claudio Jung” popular Korean Baritone singer with wonderful and powerful voice and Rock Guitar player is famous international Guitarist “James Kim”.
This video published in youtube the end of 19th of November 2014 and unbelievable number of views makes wondered the producer company.
Just 3rd days after published this music video in youtube, shows over than 10,000 views .
That was a wonderful number and say congratulation to company maker and who has been worked on it from planning, performing, and editing.
Stay tuned very soon will upload English lyrics and all explanation about this video.
If you like and enjoy of watching it; share it with friends.

Baritone Claudio Jung, Ph.D. in Arts Management, is a creative artist and a pioneer of a new paradigm of cultural genres in our era. As a professional in diverse art contents, he is an early adopter artist and an art scholar who uses online and offline channels to introduce and demonstrate exclusive art contents as part of building a cultural art platform.

He competes with the pop culture by objectively analyzing the database and studying groundbreaking classical music, opera, and fine arts contents that the modern society can relate to. His works have been published in the press and media over 200 times. (As of March 2014)

He graduated from the “Gaetano Donizetti” Institute of Music of Bergamo with director, conductor, musical, and opera Artist Diploma and won in 10 national and international singing competitions. He was invited to over 550 concerts around the world including Italy, France, Germany, United Kingdom, United States of America, Japan, China, Philippines, and over 60 cities in Korea as a performer, director, and producer. He held 25 recitals and performed in 10 operas. (As of March 2014)

OPERAMA
Operama inherits classic masterpieces and humanities and reinterprets them in an attempt for modern transformation. In other words, by blending different elements of pop culture like drama, operama shares diversity of modern culture and philosophy of classic arts. In addition to educating the fundamentals of modern culture and classic arts, by studying media outlets, operama connects with various fields such as media art, performance, festival, management, MICE, and etc for the branding of new values. Through art infusion, which enables developing and producing contents with no boundaries, operama forms fusion art platform.
Operama is the world’s first digital opera that started in Korea in the 21st century.